Teaching (and Living) Truth in a Post-Truth World 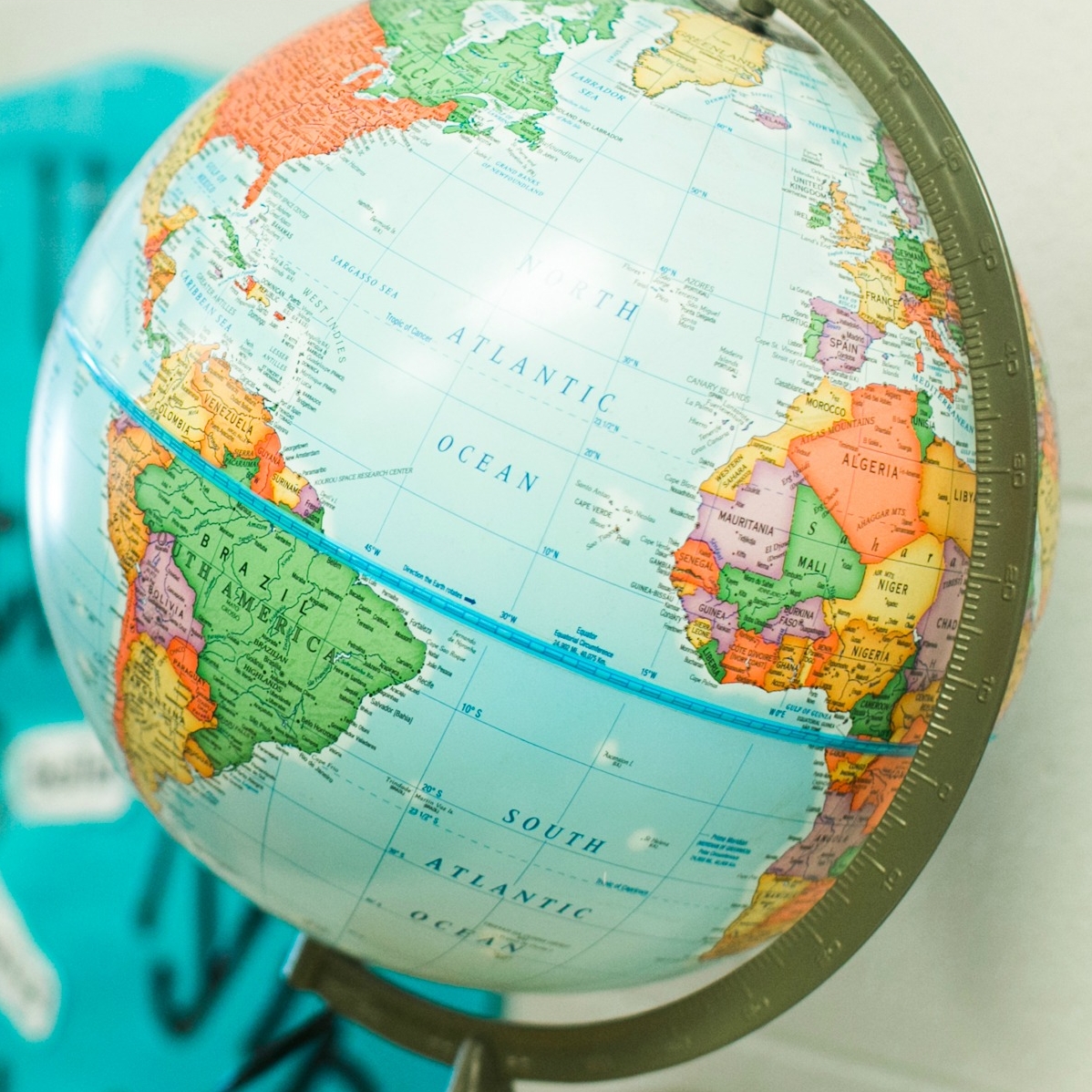 We really appreciate your readership and are excited to have this space to share what we believe is the beauty and purpose of classical Christian education. Sometimes it's hard to explore something so rich and life-changing in a three-minute elevator pitch. Therefore, while I debated dividing this post into two parts, I hope you will indulge me, allowing for a few minutes to explore the connections between postmodernism, post-truth, authenticity, and classical Christian education. I think you will find these thoughts encouraging and applicable to our time.

If you've watched or read the news as of late, one thing is obvious: we are a divided country. Class, race, gender, age, and personal beliefs vary from demographic to demographic, and people are experiencing great difficulty in understanding (and reaching out to) their neighbors.

One of the contributors to the disorientation that people are experiencing is the cultural moment that we are in: postmodernism. For centuries, postmodernism’s antecedent, modernism, promised, with its reliance on scientism and its uber-confident rationalism, that societies had at their disposal the tools to progress the human race toward common beliefs, shared values, and constant prosperity and peace—all with minimal or no acknowledgement of the transcendent.

The rights and dignity of man, the state as protector of civil liberties, the salubrious benefits of technological progress, and communities centered on tolerant civic engagement all seemed within reach. These are good and inviting aspirations. However, as recent history has revealed, the promises of modernism haven’t materialized like some believed they would. Two World Wars, terrorist activity, ethnic cleansing, global poverty, sex trafficking, racism, the rise of dictators, massive immigration, refugee crises, and corrupt governments are a few of the obstacles that deterred humanity's march toward perfection. As a result, people have become more cynical and fearful.

Understandably, many feel disillusioned about where we are, adding to a disbelief in the fact that objective truth can be agreed upon, shared, and used to order societies. Overwhelming majorities do not trust the institutions that serve as the engines of democratic communities seeking to self-govern through agreed upon norms. Media, churches, governments, schools, universities, corporations, businesses, and industries are all wrestling with a credibility gap.

Sounds pretty depressing, right? Makes the whole project of living in a secular, pluralistic society seem perilous and daunting. Some days, if you listen hard enough between the shouting on cable news networks, you can hear the cracks in the foundation of our republic lengthening and widening. Citizens on the left, right, and in the center sense the fragility of the American dream, and we wonder how we can strengthen the things that remain.

But like I shared with my seniors recently: I am hopeful. So very hopeful! Not only may our country and culture be revitalized; most importantly, this is an opportunity for the Lord to be magnified, personally and publicly. And I believe classical Christian education can play a major role in healing our culture and country.

Fittingly for 2016, the Oxford English Dictionary’s word of the year is post-truth, and, in the shadow of this cultural theme, it has become more and more evident that logical discourse doesn’t hold the promise that it once did. In a year of increasing fake news and an unceasing amount of spin, it is hard to have a lot of faith in the possibilities of civic engagement. I believe the church (and Christian ministries like Providence) are poised in this postmodern milieu to provide a living witness that models and extols the virtues of civilized society: humility, empathy, mercy, righteousness, purity, and peace. The values of the Kingdom of God are opposed to so much of what we witness in many spheres of American society but are essential for our flourishing. The Lord’s Prayer is just as radical today as it was when our Savior first shared it. Without the coordinates of Christian influence, we will definitely struggle to find our way. Our founding fathers echoed as much. Alexander Hamilton writes, "The institution of delegated power implies that there is a portion of virtue and honor among mankind which may be a reasonable foundation of confidence" (Federalist No. 76). Freedom, culture, diversity, self-determination, community, debate: these awesome responsibilities are better stewarded by good men and good women.

You might be asking, however, why would the Beatitudes appeal to people? Why would individuals, who can't agree on their experience of the world, care about the most basic behaviors of healthy communities? I have a theory. There's another postmodern cultural trend that provides Christians with an path to love and minister to a splintered society.

Interestingly, our fractured culture is united around a desire for authenticity. Without the foundation of objective truth, people long to believe that what they see is what they get--in others and in organizations. They want to trust. NYU professor and advertising consultant Bob Knorpf discusses the importance of authenticity here: "Being authentic doesn't mean you have to post every day and rack up 100,000 likes. It just requires you to deliver a consistent, compelling identity at every touchpoint that will get consumers talking." What many people are looking for in a post-truth world is a compelling identity that is consistent across every meeting point of their lives. Basically: who you say you are is what you are at every moment. In postmodernism, such authenticity is powerful and persuasive.

Christ-followers have a unique opportunity then to pull a seat up to this diverse American table. An opportunity to listen, to learn, to serve, to model, and (eventually) to speak. In a post-truth, postmodern age, Christians may no longer control the cultural conversation but what an awesome opportunity! Our legitimacy in the next chapter of American life, by necessity, must be rooted in a vital and authentic relationship that only Jesus Christ can confer. In this age, in many respects, Christian apologetics boils down not only to the most believable argument but to the most believable life.

Our Truth shows up in the flesh.

Along these lines, former Parisian Archbishop Emmanuel Suhard writes, “To be a witness does not consist in engaging in propaganda, nor even in stirring people up, but in being a living mystery. It means to live in such a way that one’s life would not make sense if God did not exist.” (From Priests Among Men.)

Transcending the typical loyalties of this world, Christians are called to be, first, a living mystery. What an undertaking; an undertaking requiring extraordinary commitment from Christian families in a post-truth world! To that end, at Providence, our curriculum and instruction are designed to facilitate an encounter with a Christian tradition of Truth, Beauty, and Goodness in all of the disciplines of learning. Whether it’s the truths of Scripture and the hope of the Gospel; the imitation of excellence and virtue as we study the classics; or the call to live lives of self-denial empowered by the Holy Spirit to love and serve others: PCS teachers and students at every stage and age strive to live lives of intellectual, emotional, and spiritual integrity. We recognize, like linguist Ludwig Wittgenstein shared, “The truth can only be spoken by someone who is at home in it.” (From an essay here.)

After students have inhabited the rooms of a classical Christian education—the Grammar, Logic, and Rhetoric stages—they are prepared to move out of the house and share the Truth because they’ve lived with the Truth. They’ve spent the days of their youth “bringing every thought into captivity to the obedience of Christ.” By God’s grace, they’ve spent some time in the presence of the real thing: evidenced during a time of worship in our Wednesday Exordiums; evidenced when a teacher offers an apology and asks for forgiveness from his students; evidenced when a student walks out of a classroom on a cloud after discovering some aspect of the true, the beautiful, and the good in a sonnet, a song, or an equation; evidenced while traveling to South Korea and partnering in ministry with Christians overseas.

What an incredible time to be alive. This is faith and learning with, by, and through the Logos. And He is essential if we are to know Truth, Beauty, or Goodness at all. A recent article in The Classical Difference underscores this foundational truth: "Non Christian classical schools, like old-line private schools or newer charter schools, have an even bigger problem. They buy wholesale into education as the 'cultivation of virtue.' But, now they've created a taller ladder and they have no wall to place it against--a destination without a path" (22). The gift of a classical Christian education is that it equips students to live lives of obedience and service to Jesus Christ and their neighbors, while constantly and consistently pointing to His birth, life, death, and resurrection as the hope of their lives and the hope of the world.

Sure we live in a cacophonous, divided democracy, but this cracked culture needs more than ever the glue of the Christian testimony. Like leaven or a mustard seed, the witness of the Word made flesh has miraculous power and influence. Once it starts to grow: it is quietly persistent. It permeates and brings to life dead cultural activity: the arts, government, business, families, even churches, and, yes, education. How awesome it is to labor in our love for Jesus by providing children with a classical Christian education. What a privilege it is to minister in a world that is broken, knowing, we too would make no sense at all without the Lord's presence in our lives.

May others see authentic helplessness in us and our legitimate rescue in Christ so that they are attracted to the Truth, Beauty, and Goodness of the Lord.